Defense Secretary Lloyd J. Austin III gave his first public comments about a U.S. strike in 2019 that killed dozens of women and children in Syria, though he offered few specifics.,

In his first public remarks about a 2019 U.S. airstrike in Syria that killed dozens of women and children, Defense Secretary Lloyd J. Austin III said the U.S. military needed to do more to prevent civilian casualties, but did not make specific commitments on accountability.

“We do work very hard to avoid causing harm to civilians. Every, every civilian casualty is a tragedy. But I would also say that I have no doubt that we can work harder, and I’d go beyond that and say, we must work harder. I’m committed to adjusting our policies and our procedures to make sure that we improve, and I’ll be holding all our senior leaders responsible for putting those policies and procedures into effect as we go forward. We take every strike very serious, Eric, and I think again, it’s incumbent upon us to look at our procedures and our policies to make sure that we continue to refine them and where we see, where, you know, we’re not doing things as well as we could, we should, we should adjust.” Reporter: “To what extent are you personally committed to holding people accountable now for these kind of actions?” “Well, I believe that leaders in this department should be held to account for high standards of conduct and leadership, and that’s who we are. And I believe that our troops understand that. And for my part, as secretary of defense, I have every intent to uphold that standard. Again, when we have a civilian casualty, we investigate that by standard procedure. And again, we’ll look at our policies and procedures, and make sure that we’re as tight as possible going forward here.” 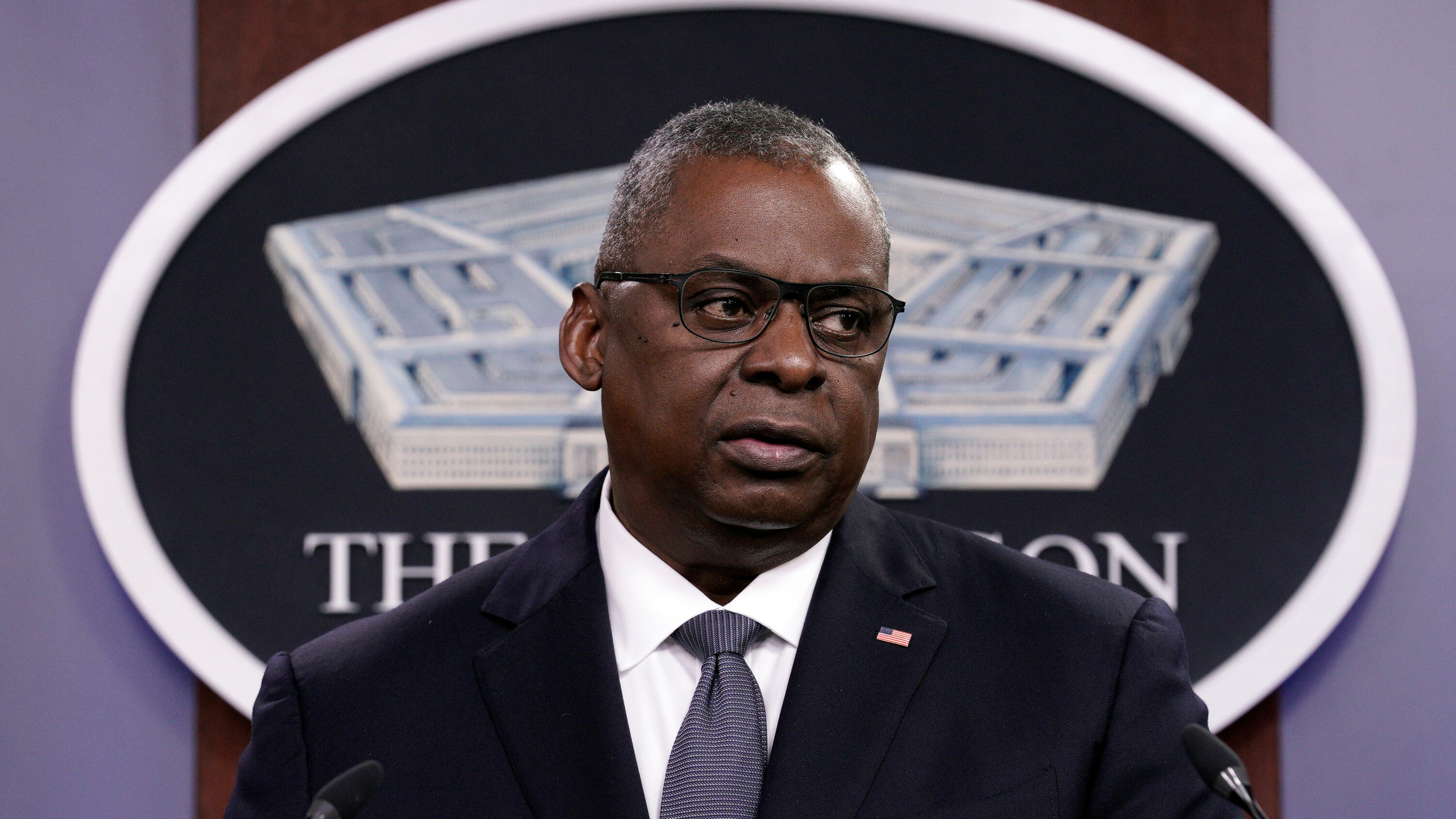 In his first public remarks about a 2019 U.S. airstrike in Syria that killed dozens of women and children, Defense Secretary Lloyd J. Austin III said the U.S. military needed to do more to prevent civilian casualties, but did not make specific commitments on accountability.CreditCredit…Yuri Gripas for The New York Times

By Eric Schmitt and Dave Philipps

WASHINGTON — Defense Secretary Lloyd J. Austin III said on Wednesday that the military needed to do more to prevent civilian casualties, his first public comments about a U.S. airstrike in Syria in 2019 that killed dozens of women and children.

Mr. Austin had requested a briefing on the strike after a New York Times investigation over the weekend described allegations that top officers and civilian officials had sought to conceal the casualties.

The defense secretary promised to revamp military procedures and hold top officers responsible for civilian harm, but he did not discuss any systemic problems that allowed civilian casualties to persist on battlefields in Syria and Afghanistan. He also did not say whether senior officers would be held accountable.

“Every civilian casualty is tragic,” Mr. Austin told reporters at the Pentagon. “Where we see we’re not doing things as well as we could, we should adjust.”

After his remarks, the House Armed Services Committee announced it would investigate the matter.

“Both the incident and the efforts to cover it up are deeply disturbing,” Representative Adam Smith, Democrat of Washington and the chairman of the panel, said in an email to The Times.

Mr. Austin, who became defense secretary this year, received a classified briefing on Tuesday about the strike and the military’s handling of it from Gen. Kenneth F. McKenzie Jr., the head of the military’s Central Command, which oversaw the air war in Syria.

Aides said on Wednesday that Mr. Austin was still digesting General McKenzie’s briefing, as well as newly submitted plans from top commanders on how to mitigate civilian casualties. Those steps were recommended in a separate investigation into a drone strike in Kabul, Afghanistan, on Aug. 29 that killed 10 civilians, including seven children.

On Monday, John F. Kirby, the Pentagon’s top spokesman, declined to comment on details of the Syria strike, which took place near the town of Baghuz on March 18, 2019, as part of the final battle against Islamic State fighters in a remnant of a once-sprawling religious state across Iraq and Syria. It was one of the largest civilian-casualty episodes in the yearslong war against ISIS, but the U.S. military had never publicly acknowledged it.

A task force investigated the strike and acknowledged that four civilians were killed, but it also concluded that there had been no wrongdoing in the unit. In October 2019, the task force sent its findings to the military headquarters in Baghdad, as well as to the Central Command headquarters in Tampa, Fla.

But the command in Baghdad failed to review and close the inquiry, and Central Command did not follow up and remind the Baghdad command to do so, Capt. Bill Urban, the Central Command spokesman, said on Wednesday before Mr. Austin’s briefing.

As a result, senior military officials in Iraq and Florida never reviewed the strike, and the investigation technically remained open until the Times investigation.

“Should we have followed up? Yes,” Captain Urban said in a telephone interview, blaming “an administrative oversight.”

Several options are available to Mr. Austin. He could order a new investigation into the strike, which was carried out by a shadowy, classified special operations unit called Task Force 9, as well as the handling of the task force’s investigation by higher military headquarters and the Defense Department’s inspector general. He could also endorse the task force’s findings and General McKenzie’s review of the strike.

The Times investigation showed that the death toll from the strike — 80 people — was almost immediately apparent to military officials. A legal officer flagged the bombing as a possible war crime that required an investigation. But at nearly every step, the military made moves that concealed the catastrophic strike. The Defense Department’s independent inspector general began an inquiry, but the report containing its findings was stalled and stripped of any mention of the strike.

In an email to the Senate Armed Services Committee this spring, the legal officer who witnessed the strike warned that “senior ranking U.S. military officials intentionally and systematically circumvented the deliberate strike process,” and that there was a good chance that “the highest levels of government remained unaware of what was happening on the ground.”

The Times investigation found that the bombing by Air Force F-15 attack jets had been called in by Task Force 9, made up largely of the U.S. Army’s elite Delta Force. The task force was in charge of ground operations in Syria. Military personnel who spoke to The Times said the secretive task force circumvented oversight by claiming that a vast majority of its strikes required immediate action to protect allied troops from imminent threat. Often, military officers said, no such threat was present.

Last week, after The Times sent its findings to U.S. Central Command, the command acknowledged the attack for the first time. It said in a statement that the 80 deaths were justified because the task force had launched a self-defense strike against a group of fighters who were an imminent threat to allied forces on the ground.

Central Command told The Times that the strike had included three guided bombs: a 500-pound bomb that hit the initial group and two 2,000-pound bombs that targeted people fleeing the initial blast. The command corrected itself this week, saying all three bombs were 500-pound munitions.

The command said the three strikes killed 16 fighters and four civilians. As for the other 60 people killed, the statement said it was not clear that they were civilians, in part because women and children in the Islamic State sometimes took up arms.

“It seems like we’re still missing some pretty big details on this strike,” said Luke Hartig, who worked on drone strike policy for the Obama administration as a senior director for counterterrorism at the National Security Council.

“Either there is a very compelling explanation for why this strike was legitimate,” he said, “or we’re looking at one of the biggest mistakes in the past 20 years of war.”

Thinking of hosting a holiday party? Here are a few tips.

U.S. Will Not Send Government Officials to Beijing Olympics